The boss is back!

You guys can all take five.

The Setup: Crocodile’s been playing a long game, spending several years patiently working to undermine the stability of Arabasta so that he can emerge from the rubble and claim the nation for himself. In the meantime, he’s been living in the kingdom and playing the part of a popular hero.

Vivi and the Straw Hats have set out to undo his Croc’s plans, but it may be too late, especially now that the rebel army the villain encouraged has entered the city, and Crocodile himself has captured both Vivi and her father, the noble King Cobra, atop the palace. (Also present is Nico Robin, aka Miss All-Sunday, Crocodile’s partner.)

Mr. 0 believes Luffy is dead, having easily defeated him several episodes previously– it wasn’t even a fight, since none of Luffy’s attacks could harm his sandy form– and left him to die in a pit of quicksand. However, thanks to some timely assistance he survived and was quickly nursed back to health.

So, knowing that the rebellion has succeeded in eliminating most of his opposition and that a bomb he hid in the middle of the city will soon take care of the rest, Crocodile sadistically mocks Vivi for her failure, and drops her from the top of the building.

She’s saved, of course, by her captain, who comes swooping in on the back of Pell, a Royal guard and Devil Fruit user who can transform into a giant bird.

He drops the princess off on the ground where she’s reunited with all the other victorious crew members, and they split up to find the hidden bomb. Luffy stretches his arms to the top of the palace and propels himself upward, announcing to Crocodile that he won’t lose again.

Throughout this last phase of the ordeal, Vivi has been in agony because she’s been unable to reach her people, to let her know the war is a sham and that they’re being played against each other. She continuously verbalizes it as “they can’t hear me”– not just because her efforts have been thwarted but because her cries from above are being literally drowned out by the din of fighting and an obscuring sandstorm created by Crocodile. After Luffy first swooped in to catch her, she despaired that her voice wasn’t reaching anyone.

The Fight: After the initial shock at seeing Luffy alive again fades, Crocodile smiles and waits patiently for his adversary to show up. He declares that this will be just as easy as the last time, because Luffy can’t even touch him.

Gleefully triumphant music swells as Crocodile finally takes a hit and goes down, hard. Without skipping a beat, Luffy stretches out to seize Croc from a distance, and spins up his torso in place for an attack he calls the Buzzsaw.

Luffy instantly uncoils and whips forward, putting all the force into a headbutt that sends the villain reeling again.

As Crocodile lies dazed on the ground, Luffy explains how he was able to deduce his weakness from a small moment in their last encounter: water. If Crocodile or something touches him gets even slightly wet, his body hardens and he can’t dissolve safely into sand. Hence Luffy showing up this battle with a huge barrel of high-quality H20 (with attached hose) on his back.

The current episode concludes with Luffy declaring: “Now I can kick your ass. Let’s fight.” He’s a man after my own heart.

When we rejoin the action, Crocodile arises and laughs maniacally– always a welcome tendency in a villain. He asks if Luffy really thinks he can beat him, a member of the Shichibukai. In a moment of straight-faced comedy, Luffy says if Crocodile is Shichibukai, then he himself must be HACHIbukai. [Language-pun nerd hat] “Shichi” means seven, while “hachi” means eight; Luffy thinks that upping the number makes him more dangerous, failing to realize that it refers to the number of members in the group.

(If you think this level of stupidity is unrealistic: I once knew a girl who had someone seriously tell that she’s so crazy, she wasn’t just bipolar, she was “tripolar.” Oy. She really was crazy though.)

Anyway, Luffy is still determined, but his next rocket-punch (Gomu Gomu Pistol) is easily dodged, and Crocodile displays a new power when he seizes the arm and dries it all out.

Shocked, Luffy frees himself, realizing the power Crocodile still has even when he’s being “weakened.” The hero chugs some water and his arm returns to its natural state. He then drenches his whole body with the hose, and tries a Pistol attack again, but halfway through he “twangs” his arm at the base so that it twists unpredictably for what he calls the “Shotgun” attack.

Crocodile is surprised but jumps back just in time, and counters with “Desert Sword,” an invisible pulse of energy that splits the ground. Luffy barely sidesteps it, and again tries a Pistol punch. Crocodile is incredulous that Luffy keeps doing the same thing over & over, but pays for underestimating him when Luffy surprising jumps all the way forward and strikes the villain up close.

Luffy tries soaking Crocodile with the entire barrel while he’s down, but Crocodile predicted the idea and sends them both into the air with a localized sandstorm. Luffy barely manages to keep a grip on the barrel, and the Shichibukai mocks his reliance on it. So Luffy tries an unexpected tack: he swallows the rest of the barrel’s contents at once, stretching his rubber body to comically oversized proportion.

Looks like me after a trip to Golden Corral

The hero declares now that he’s Water Luffy, Crocodile’s worst nightmare. Understandably, the criminal mastermind doesn’t take him seriously (it doesn’t help when Luffy springs a few leaks), but pays for that once again when Luffy soaks him by spitting out several large water bubbles, and hits him with the Gomu Gomu Bazooka– a two-handed punch right to the gut.

Crocodile’s finally angry enough to pull out the big guns. He tells Miss All-Sunday to leave with the King (they need him to find an artifact in the city’s catacombs), because it’s about to get ugly up in here.

Crocodile puts his hand to the ground and begins spreading his own infinite dryness to the environment. The ground cracks, the walls split, the surrounding gardens disappear, and finally huge portions of the buildings collapse, all due to Crocodile’s “Ground Death” attack soaking up moisture and accelerating decay. Even Luffy’s shoes crumble into dust.

When the dust clears, Water Luffy is barely clinging to the edge of a mostly wrecked palace. Before he can pull himself up, Crocodile materializes in front of him and grabs him by the neck.

Luffy frantically spits several more water globs at him, but Crocodile dodges and they go straight up in the air. In a few seconds, his hand sucks the liquid out of Luffy’s body, leaving him frail and dessicated. “You lose,” he declares, as the episode ends.

Another fun battle, returning more to the pattern of a genuine back & forth. Notably, Crocodile actually hurts Luffy very little until the end, but he still ends up deploying enough tricks to keep Luffy from scoring any decisive victory. From a storytelling standpoint, this also helps to maintain the villain’s intimidating mystique while still giving him a well-deserved black eye– the audience has been waiting a LONG time for someone to knock this dude on his ass. And of course the battle concludes with Luffy going down once again– keep in mind that prior to coming to Alabasta, we’d never seen Luffy lose even once, and now he’s bit it to the same guy twice in a row.

The fight also strikes an excellent balance between straight-up physical combat and the other type of offbeat maneuvers we’ve seen so far, what with selective deployment of water as a weakening agent and all. Luffy’s unpredictable tactics– such as three different variations of the Gomu Gomu Pistol to surprise his foe– also add an element of chaos to the mix.

All in all, not the greatest, but that will come in their rematch. 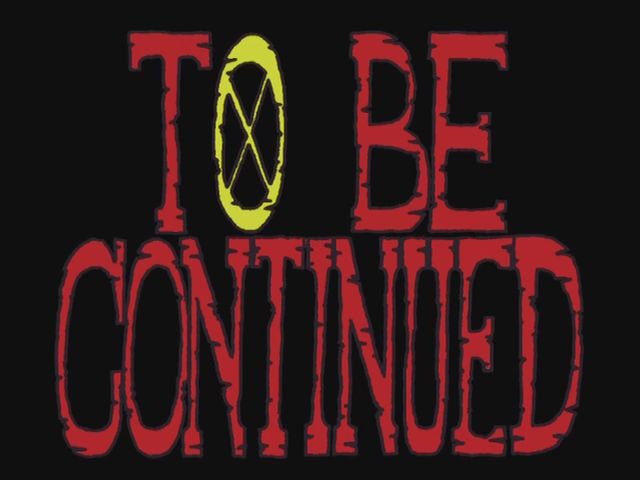 Spoilers: The hero’s not dead